Create a revolution in a child's mind.

With PBS KIDS ScratchJr, kids can create their own interactive stories and games through programming games and lessons. Children learn to code through games and activities featuring characters from PBS KIDS programs.

As kids play, they learn to solve problems, design projects and express themselves creatively.

With PBS KIDS ScratchJr, children do not just learn to code, they code to learn. The free app is now available from the App Store on iPad and from the Google Play store on Android tablet.

What is PBS KIDS ScratchJr?

What is Creative Coding?

Creative coding is an approach to the development of computational thinking skills that champions the process of young people engaging in the interest-driven imagining, designing, creating, and sharing of computational artifacts (PBS KIDS ScratchJr projects in this instance).

As young children engage in creative coding with the PBS ScratchJr app, they learn how to create and express themselves with technology. In the process, they are empowered to solve problems, design their own projects, demonstrate knowledge and develop computational thinking skills that are foundational for later academic success.

Download the PBS ScratchJr App to your iPad or tablet.

Invite WQPT to your classroom.
Contact WQPT to learn more. 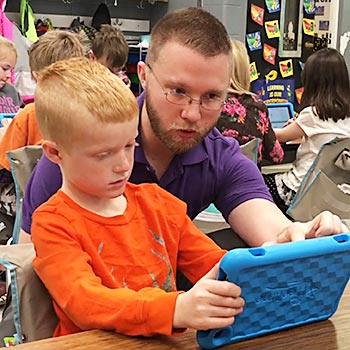 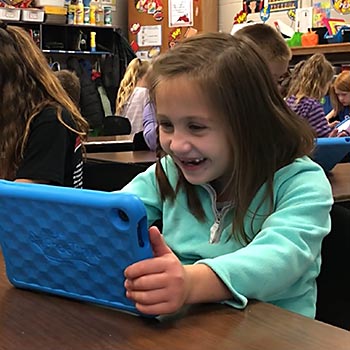 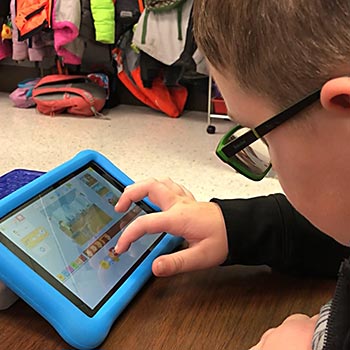 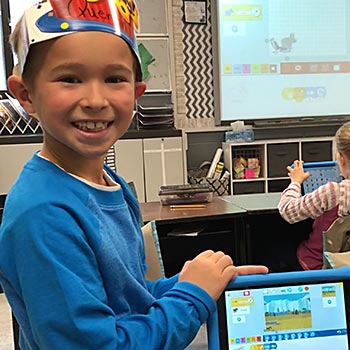 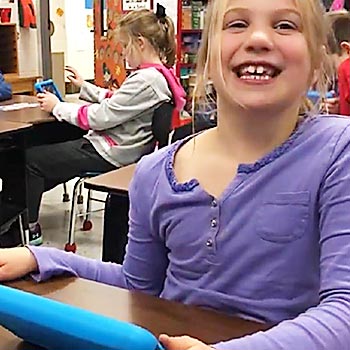 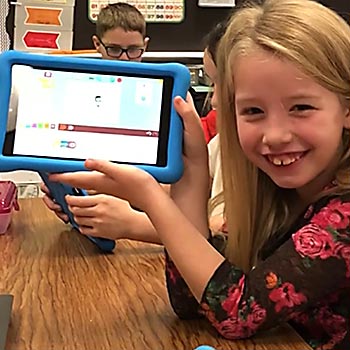 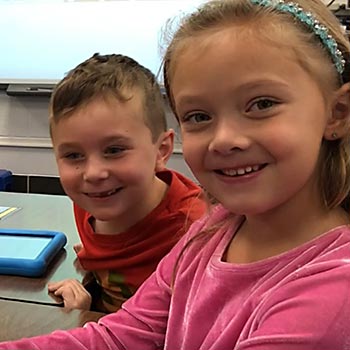 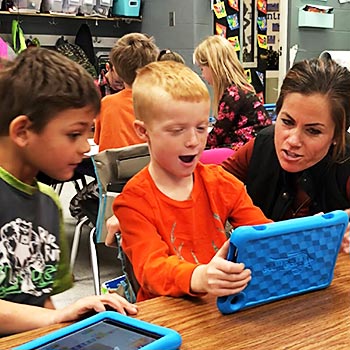 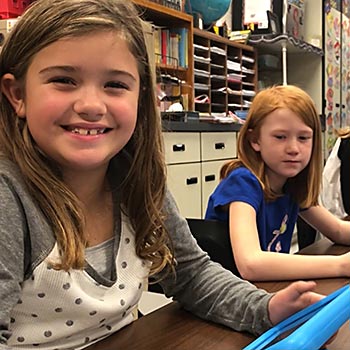 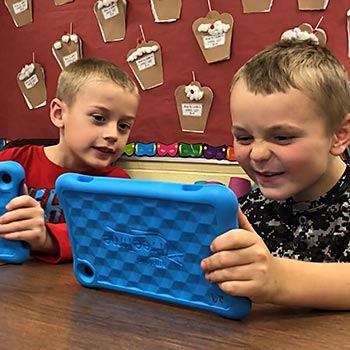 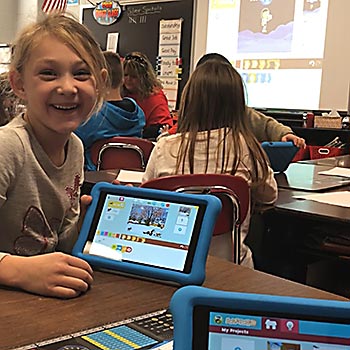 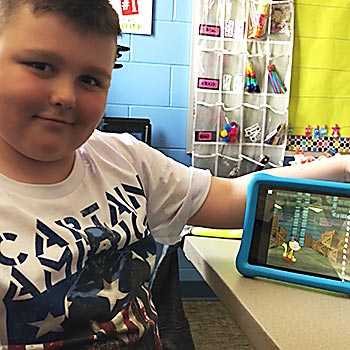 During the last academic year, more than 600 students, 25 teachers, and 20 teacher aids received instruction on how to code this year, bringing the total number to more than 1,000 since the inception of the WQPT's ScratchJr hands-on program.

Students took a pre-test on the first day that WQPT PBS was in the classroom, and a post-test on the final day of instruction. For kindergarten and first grade students, the first five questions were used to determine the students’ familiarity with the interface of the PBS KIDS ScratchJr app. Each of these questions had 14 possible answers, and students were asked to determine which of the 14 buttons they would need to push to accomplish things such as creating a new character, resetting their program, and getting their code to start.

The results of the pre- and post-test showed a raw score change of more than 57.36% for all students, which equates to more than a 542% increase from pre-test to post-test. On the pre-test, only 10 students (1.5% of the 638 students) scored a 5 or better, but the post-test found that 93% were able to answer 5 or more questions correctly. It is important to note that these numbers include test results from special education students and English Language Learners. They also include students who missed much of the instruction because they were receiving interventions for reading, speech, etc.